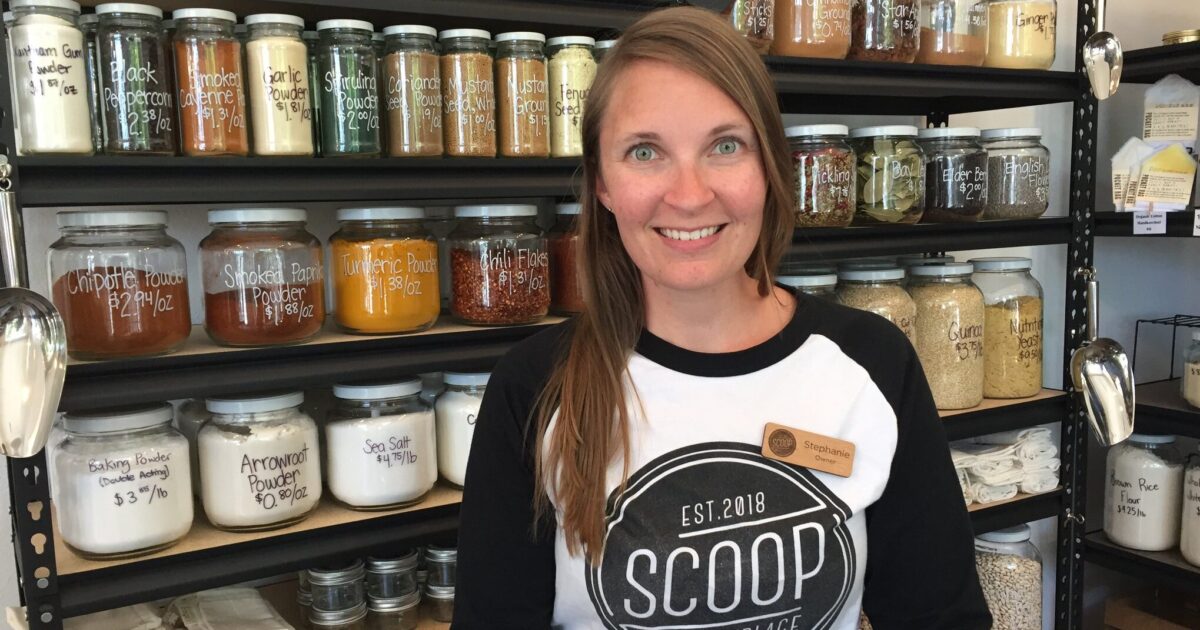 An Idea That Began with the Environment

It’s never too late to celebrate America Recycles Day. Stephanie Lentz, owner of Scoop Marketplace, would know that it’s never too early either. Stephanie grew up in the greater Seattle area and had always shared her appreciation of the Pacific Northwest’s beauty with her fellow natives. After feeling fearful by learning about plastic pollutions only worsening across the globe, Stephanie had an idea to launch a zero-waste grocery store. However, like many other aspiring entrepreneurs, she felt overwhelmed and underqualified to start a business. But she was determined to turn her passion of living sustainably into a business and has since launched her marketplace in 2018.

America Recycles Day, also known as National Recycling Day that occurs every year on November 15th; became a national holiday in 1997 after the National Recycling Coalition initiated the necessity of promoting recycling on a country-wide scale. It gives Americans the chance to dedicate their time researching ways to limit their use of plastic and paper waste while being mindful of the goods that they have that can be recycled. Since the holiday was created, the United States’ recycling rate has slightly increased, according to the United States Environmental Protection Agency. However, the environment still needs support from activists like Stephanie and her patrons.

As a mother of two, Stephanie lives by the statement to “prioritize progress over perfection” as she balances being both a full-time mother and business owner. Because of this she knows the importance of running a business that may not necessarily be modeled elsewhere. As part of her commitment to the environment, Stephanie has also launched a digital course, Zero to Zero Waste Hero, designed to build a roadmap for aspiring entrepreneurs who also want to open their own zero-waste product store. The course is divided into ten modules and has had 27 students join to date. “Watching my students launch their e-commerce sites or celebrate grand openings brings me so much joy!” and when Stephanie was first building her business, she looked everywhere for a rule book or manual to guide her, although in her initial search, there wasn’t much to be found. Thus, Stephanie created the digital course to provide resources and coaching to entrepreneurs that would like to sustain the environment in their business models. It takes a community to better the world around them, and through Stephanie’s continued work, this statement could not be more accurate.

“The fact is, we all have the knowledge and experience that we can share with other people.”

Stephanie also had the opportunity to participate as a finalist for InnoVentures, Ventures’ annual pitch competition and fundraiser, earlier in 2020. At first, Stephanie wasn’t keen on going through the competition, but then later realized that she was putting herself in the position to fail with that mindset. “It was great to have so many opportunities to watch other entrepreneurs pitch their businesses” and participate in the workshops as a team. Since InnoVentures was last held, Stephanie is now getting ready to launch a second store at Juanita Village in Kirkland, Washington at the end of the year. Scoop Marketplace currently has an online marketplace store on the home page that can give people ideas for holiday gifts, Thanksgiving/holiday menu items, and much more. Favorite products right now include both the dish soap bars and shampoo bars from a local maker and Nellie’s cleaning products that are sold in bulk that can be purchased online, as well as “Ugly Duck” Leaf razors that are currently only available in-store.