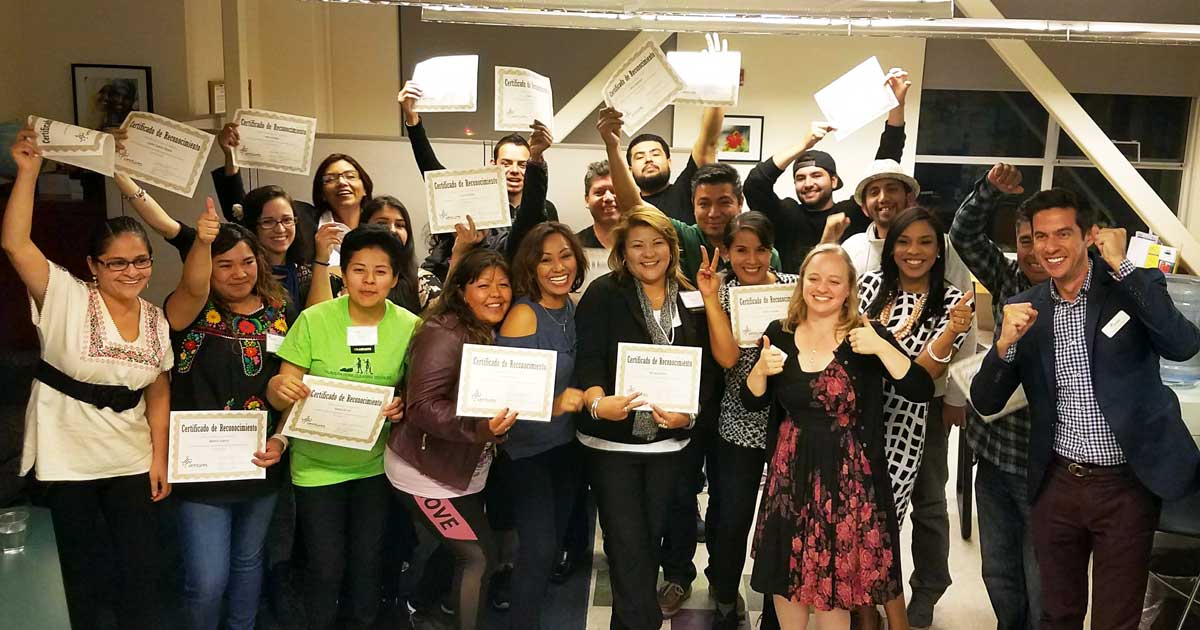 In 2003, when I moved to Seattle from Mexico, my first job was a busser at a Mexican restaurant in Capitol Hill called Gallerias. I decided to start my business a few weeks after I came to the country selling jewelry at the Fremont Sunday Market with an initial investment of $250.

I kept my full-time job for three years to pay my bills, and all the money that the business made I reinvested. I was able to open my first store at the Pike Place Market in 2004 with the support of many friends and the Seattle community that bought my jewelry. I had that store for 13 years while I grew and expanded the business in retail and wholesale.

In 2007, after three years in business I started volunteering at Casa Latina, sharing my experience as an undocumented immigrant who started the business with others who wanted to start their own businesses. In 2008, Ventures (formerly  Washington CASH) reached out to Casa Latina looking for a “Latino Business Specialist”—someone who could create the program, teach, do the outreach and have the vision to support Latino entrepreneurs starting businesses.

I still remember the first time that I came to the 2100 Building for a job interview with Cheryl Sesnon and CC Leonard, two amazing women who became my mentors in the nonprofit world. I didn’t really understand the concept of a nonprofit because I was more familiar with the “charity” model in Mexico. The interview was smooth and they asked me really good questions. They were looking for someone who had experience starting businesses, spoke Spanish and understood the culture of the community they intended to serve. I got the job and that’s when the Latino Program at Ventures started!

The first budget that I received to start the program was $10,000 from an organization called BURST, although the money came from the Northwest Area Foundation. I co-taught the first class in Spanish in March 2008 with a group of 18 entrepreneurs along with my good friend and Ventures supporter John Derroco in White Center. During the first year, I created a culturally appropriate program for Latino entrepreneurs and built awareness and reputation about the work Ventures does in the community as a nonprofit.

In 2010 we were able to secure more funding thanks to the generosity of the Northwest Area Foundation, expanding the program and offering more services in Spanish, getting access to technical assistance, coaching, incubation, and capital with microloans and ongoing support. I am proud to be the founder of the Latino program that has supported more than 1,000 Latino entrepreneurs over the past 10 years, many of them were able to move out poverty and become financially self-sufficient.

We couldn’t have built this program without the support of many partners, Ventures team, volunteers, individual donors, foundations, board members, but most importantly, the courage of all the entrepreneurs we serve. They do all the work, and we are just their supporters and cheerleaders!

In 2018, 30% of our entrepreneurs are Latino and we are the only program in Washington State offering all our services in Spanish. I am also so proud of the fact that 70% of the Ventures team speaks Spanish and that we all take so much pride in serving this community!

Thank you to everyone that has supported this program, whether you have been with us since day one or are a new supporter. Cheers for many more years serving this community and other underserved and minority communities!