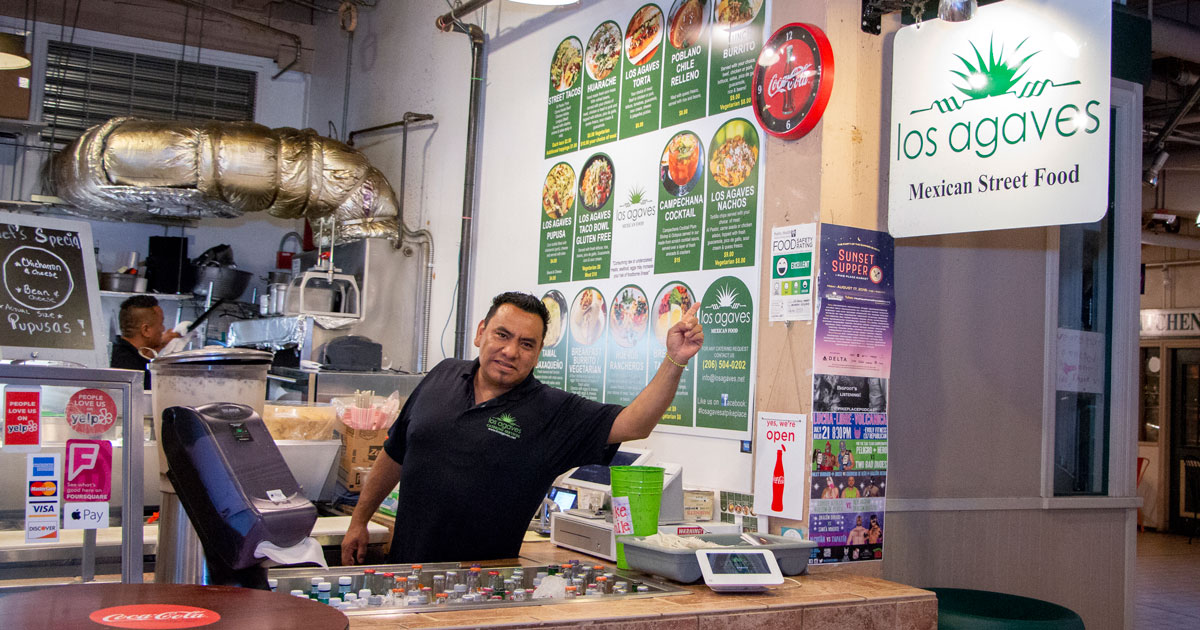 One of the biggest perks of working at Ventures is hearing the stories that lead to entrepreneurship.

I made my way to Pike Place Market on a Monday afternoon. I was extremely excited for one of Los Agaves’ burritos, which won a Food and Beverage Magazine’s Best Burrito in Washington award! The burrito did not disappoint­. It was not only massive but full of flavor. After lunch, Jaime and I went to grab a cup of coffee.

As a graduate of the Latino Business Basics Course in 2013, Jaime has had a long history with Ventures. 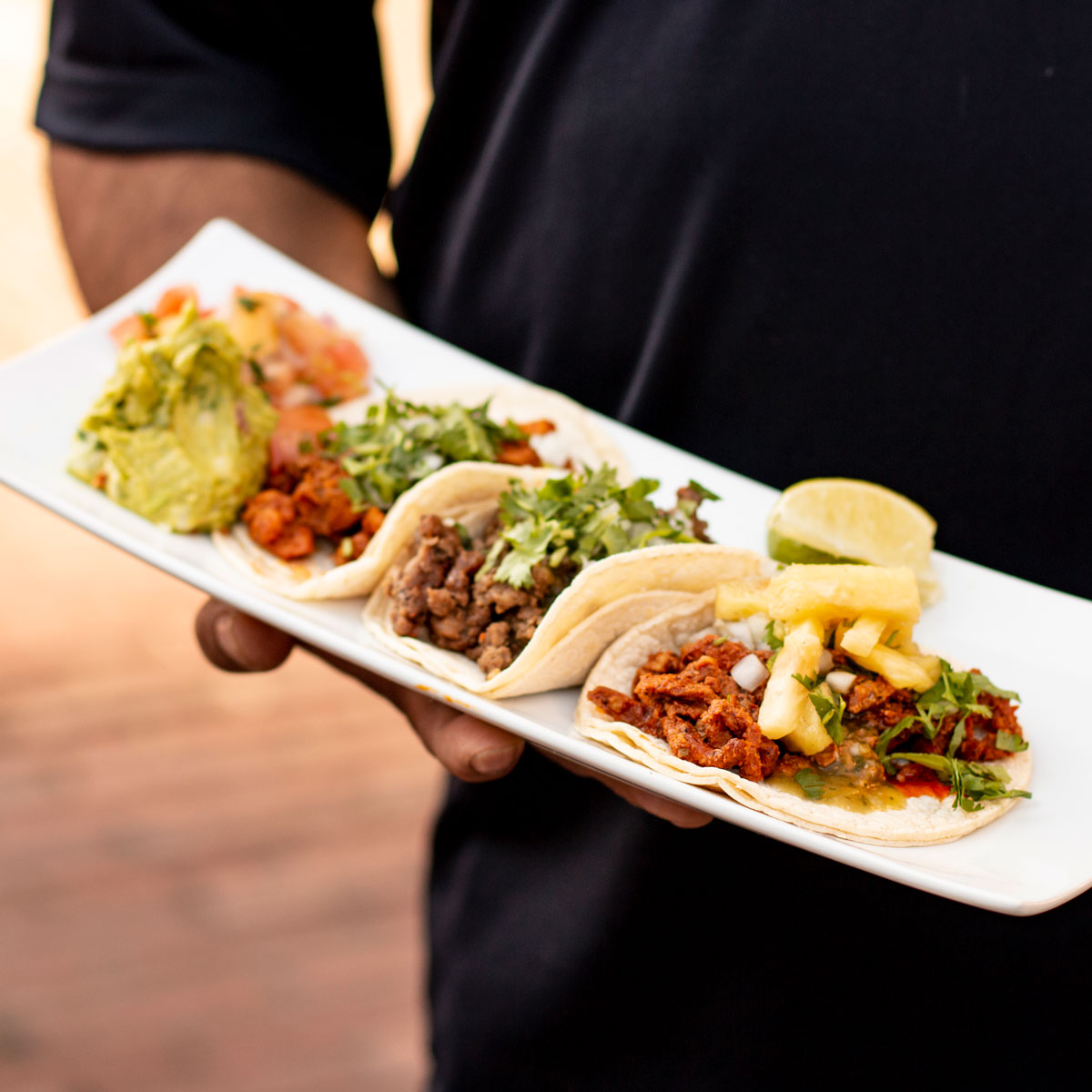 Growing up in Mexico City in a family with three generations of entrepreneurs, he wanted to follow the tradition of owning a small food business. After moving to the United States 20 years ago, Jaime searched for opportunities to continue with his culinary passion. He applied for a three-year apprenticeship at Microsoft, where he and two other aspiring chefs were selected from a pool of 50 other applicants. He received a full scholarship to study culinary arts at South Seattle College and graduated to complete his certification, with excellent mentoring and experience cooking a variety of foods.

Though Jaime knew how to cook, he didn’t know how to run a business in the US. When he discovered Ventures, he took all of the courses that we offered. He started his business by selling his food at farmer’s markets and private catering events. Finally, he got a small stall at Pike Place Market to start a restaurant, which he has successfully run for the past six years.

He was taught at a young age the importance of giving back to those who helped you. 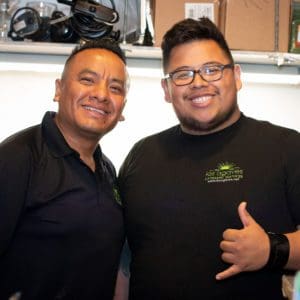 During his training with Ventures, he connected with other entrepreneurs who had similar aspirations of starting food businesses. Jaime partnered up with Liliana Quintanilla Anaya, who now sells her pupusas at Los Agaves fulltime. Her pupusas (a Salvadorian specialty) are amazing! His next partnership is with another Ventures entrepreneur, Diana Santos, who will be selling her tamales at Los Agaves within the next few months.

He also employs two Ventures entrepreneurs, Viviana as a cashier and Elton as a chef. They work at Los Agaves to learn more about running a business and make some extra money to save so that they can start their own. In the near future, he hopes to open a small kitchen and become a culinary instructor for people with limited means. Jaime supports Ventures too.

Jaime is truly a triple threat. He is an entrepreneur, volunteer, and fundraiser.

This winter, Jaime volunteered as a Business Coach in the Latino Business Basics Course, where he mentored 20 participants. He is a true success story and is an inspiration in all the ways he gives back to others. In Jaime’s own words: “I recommended Ventures to all who want to learn about entrepreneurship, as we are all entrepreneurs. We just needed the skills to learn how to do it efficiently. Thank you, Ventures, for the support and encouragement through all these years.”

Along with running his popular food stall and catering business, Jaime has learned the importance of food delivery platforms. So, he is currently developing an app so that his customers can pre-order food from Los Agaves. He has also invested in a mobile cantina bar that can double as a food cart to cater private events. Visit his website for more information about Jaime’s business.